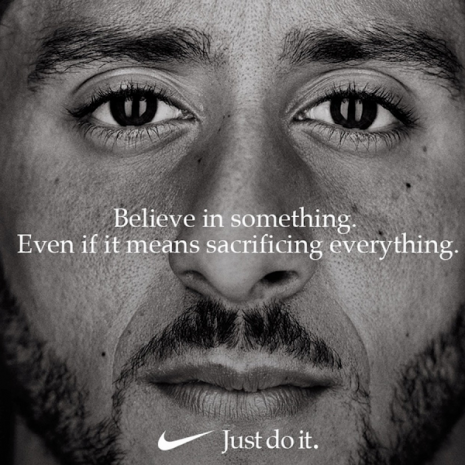 Nike's controversial ad campaign with former San Francisco 49ers quarterback Colin Kaepernick has drawn a surge in Instagram followers and likes on Twitter and Facebook, which should translate into higher sales, according to one analyst.

Nike added roughly 170,000 Instagram followers around the timing of the release of its ad campaign, Wedbush Securities analyst Christopher Svezia said in a research note Friday.

"Indeed, [Nike] management knows its American consumer well and the campaign featuring Mr. Kaepernick is a positive for the brand and likely its sales," Svezia said. The company's shares hit a record high of $83.90 on Thursday. Wedbush placed a 12-month price target of $90 a share on the stock.

The ad campaign generated "possibly record likes by Americans" on social media, even though there's been a wave of anti-Nike comments as well, according to Webush's internal analysis of the marketing campaign. Kaepernick, who knelt during the 2016 National Football League season during the national anthem in protest against racial injustice, opted out of his contract with the 49ers and hasn't signed with another NFL football team