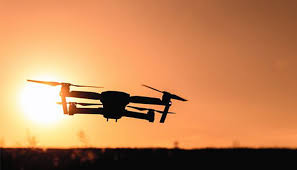 ATHENS (Reuters) - Greece are using drones to buzz over boats running day trips on the Aegean at the start of a new effort aimed at cracking down on rampant tax evasion at holiday hotspots.

With the black economy by some accounts representing about a quarter of national output in a country which depends hugely on tourism, Greek authorities are turning to high-tech to stamp out undeclared earnings.

Finance ministry tax inspectors and the coast guard launched the drones project on Santorini, an island highly popular with tourists, to check on whether operators offering short day trips were issuing legal receipts to all their passengers.

Based on data from the drones, authorities were able to establish how many passengers were on board, then cross-referenced it with declared receipts and on-site inspections.

"We used the drones for the first time on an experimental basis to monitor how many tourists were on board," said an official at the Independent Authority for Public Revenue.

"The results were excellent", he added.

PICTURES: Greek Border in Flames as Migrants Keep Trying to Break Through

Vigilantes Along Greek Border With Turkey Say, 'No More' to Migrants