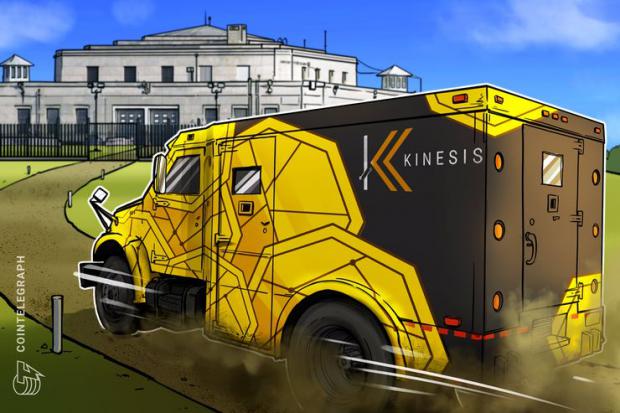 After the gold standard that once defined the value of currencies was abandoned in the 20th century, the monetary system became dependent on central banking policies. The Kinesis team decided to create its own "efficient, secure and fair monetary system" based on two of the most stable commodities in the world — gold and silver.

"There is [approximately] $15 trillion in gold traded every year, creating exceptional but untapped potential for investment and exchange if gold can be remonetized. Adding a yield to this exchange multiplies this potential exponentially," says Thomas Coughlin, CEO of Kinesis.

Kinesis offers digital currencies based 1:1 on allocated physical gold (KAU coins) and silver (KAG coins). When users purchase Kinesis currencies, they actually purchase real metal. The ownership of the gold is digitized with blockchain technology, which allows the user to hold or transfer currency from their Kinesis e-Wallet.

The Kinesis debit card allows the owner to make the instant conversion of KAU and KAG into fiat currency and spend cryptocurrency all around the world. The company states that, unlike other cryptocurrencies, the transactions through the Kinesis system will take just two to three seconds as a result of their bespoke fork of the Stellar network, which is able to withstand over 3,000 transactions per second. Kinesis believes KAU and KAG currencies could be used in day-to-day purchases  like buying a cup of coffee or even buying a car. Besides paying the bills, the Kinesis Monetary System can be used for managing international payments with lower transfer rates offered by banks and other international payment services.

Another option offered by the network is the ability to trade holdings on the Kinesis Blockchain Exchange. The cryptocurrencies can be transferred back to physical gold or silver as the system generates a 0.45 percent fee when these are transferred between the holders, accumulating in a pool to be distributed back to users of the system in the form of a yield.

Kinesis was founded by the Allocated Bullion Exchange (ABX), the world's first electronic, institutional bullion exchange for physical precious metal. Which gave the new blockchain-based fintech company an exceptional start: extensive infrastructure and a fully operational exchange built for the trade and storage of physical bullion in seven locations around the world. The new — but experienced — startup is able to "bring back a truly decentralized, [digitized] stable asset, based on blockchain technology," Kinesis says.