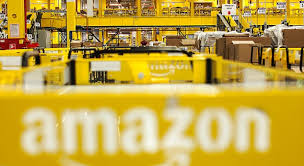 If Bernie Sanders was trying to get under Amazon CEO Jeff Bezos' skin, it appears he has succeeded.

With Sanders' "Stop BEZOS" act threatening to tax companies like Amazon to compensate for the government benefits that their employees collect, the company has instead opted to raise wages for more than 100,000 employees, the Wall Street Journal reported Tuesday.

Amazon.com Inc. on Tuesday said it was raising the minimum wage it pays all U.S. workers to $15 an hour, a move that comes as the company faced increased criticism about pay and benefits for its warehouse workers.

The new minimum wage will kick in Nov. 1, covering more than 250,000 current employees and 100,000 seasonal holiday employees. The company said it also will start lobbying for an increase in the federal minimum wage, currently at $7.25 an hour.

In a statement that obliquely references Sanders and his push to hold corporate chieftains accountable for paying employees less than a livable wage, Bezos said the policy resulted from Amazon "listening to our critics." Amazon shares traded slightly lower in the pre-market, but were otherwise little impacted by the news.

"We listened to our critics, thought hard about what we wanted to do, and decided we want to lead," said Jeff Bezos, Amazon's chief executive, in a statement. "We're excited about this change and encourage our competitors and other large employers to join us."

My Resignation From The Intercept

This Proposed Law Would Flood Small-Business Employers with Ruinous Lawsuits