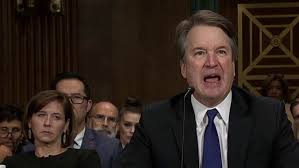 A former classmate of the Supreme Court nominee has reached out to the FBI but hasn't received a response.

WASHINGTON — In the days leading up to a public allegation that Supreme Court nominee Brett Kavanaugh exposed himself to a college classmate, the judge and his team were communicating behind the scenes with friends to refute the claim, according to text messages obtained by NBC News.

Kerry Berchem, who was at Yale with both Kavanaugh and his accuser, Deborah Ramirez, has tried to get those messages to the FBI for its newly reopened investigation into the matter but says she has yet to be contacted by the bureau.

The texts between Berchem and Karen Yarasavage, both friends of Kavanaugh, suggest that the nominee was personally talking with former classmates about Ramirez's story in advance of the New Yorker article that made her allegation public. In one message, Yarasavage said Kavanaugh asked her to go on the record in his defense. Two other messages show communication between Kavanaugh's team and former classmates in advance of the story.