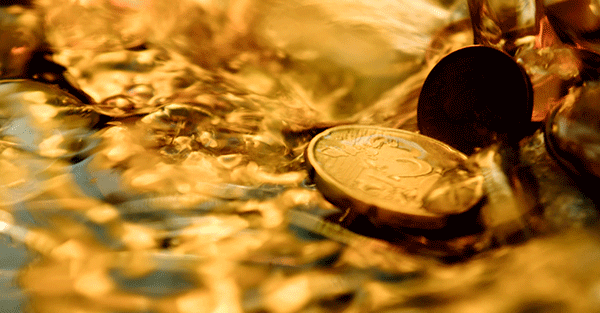 On October 12, 929, roughly 1100 years ago, Abd-ar Rahman III of the Umayyad Dynasty was proclaimed ruler of Cordoba– the Islamic kingdom that comprised most of Spain at the time.

Rahman was just 21 when he ascended to power, and he remained there for nearly 50 years as one of the wealthiest and most powerful monarchs in Europe.

Historians Denis Cardonne and Edward Gibbon calculate his annual tax  revenue at approximately 12 million gold dinars… which was a LOT.

The dinar contained 4.25 grams of gold, so 12 million of them would be worth about $2 billion today.

With Cordoba's population estimated at around 500,000 people back in the early 10th century, that works out to be the modern day equivalent of $4,000 in tax per person.

The most recent data from the Internal Revenue Service, for example, shows  that the average individual income tax is just over $4,000 for every man, woman, and child in the Land of the Free.

(Most of the country, of course, pays nothing.)

It's an interesting data point that shows just how well gold retains its value over long periods of time.

Records from the same period in Islamic history show that the homes of wealthy individuals were worth between 10,000 and 30,000 dinars, and much higher among the ultra-rich.

Day-to-day, month-to-month, and year-to-year, the price of gold can fluctuate inexplicably.

But over the long term, whether you're comparing loaves of bread, home prices, or government tax revenue, it REALLY holds its value.

This is one of the things that makes gold such an excellent hedge against political uncertainty, macroeconomic challenges, financial crises, inflation, etc.

Said another way, gold is great insurance policy for all the "I don't knows."

The Circle Is Complete: BOJ Joins Fed And ECB In Preparing Rollout Of Digital Currency