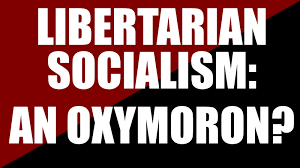 The "libertarian socialists" have struck again.

It began when a state Libertarian Party chapter posted a link to a court decision about an employer that did not allow its employees to have dreadlocks.

This was "discrimination," the suit against it alleged.

Not so, said the court. The "race-neutral grooming policy," it declared, was not discriminatory, since a hairstyle, unlike a racial identity, is not an "immutable physical characteristic." Therefore, an employer is at liberty to enforce such a requirement.

Now that isn't quite how a libertarian would argue the question, since the crux of the matter is that no contract should be entered into unless both sides agree to its terms, period. The employer may offer terms, and the employee may offer terms. If one side offers terms the other opposes, then they go their separate ways and find people willing to engage with them on terms they prefer.

This is also how we deal with the notorious "bake the cake" case. If the baker prefers not to bake the cake, that ends the discussion. Violently forcing him to bake the cake is out of the question. The Supreme Court may spend its time tying itself in knots analyzing whether cakes themselves are endorsements of relationships, or just the icing on them, or whether a cake is a form of expression, or whatever. We libertarians don't need any of that nonsense.

Now enter one of the two or three spokesmen for a group calling itself "libertarian socialists" that wants to get a foothold within the Libertarian Party.

He is not happy about this decision at all.

Let's go one passage at a time.

"This is an affront to the principle of equal liberty. Using financial leverage to compel another human to change their [sic] hair is an initiation of coercive fraud, and the lie is that hair has anything to do with job performance whatsoever."

Well, whatever "the principle of equal liberty" is, it sure ought to mean that every person is equally entitled to make offers to any other person. It surely cannot mean that any person must be compelled to accept another person's offer, because that compulsion would violate the former's "equal liberty."

Next sentence: "Using financial leverage to compel another human to change their [sic] hair is an initiation of coercive fraud." (As opposed to voluntary fraud?) By "financial leverage," the libertarian socialist (we'll call him LS) means that workers are helpless and without options, and employers wield a kind of coercion over them by threatening not to employ them. This is not really how libertarians view what happens on the market, though it is the way Marxists look at it.

Then LS insists that dreadlocks have no effect on job performance. Irrelevant, of course. People are free to make whatever offers they want, and other people are free to accept or reject those offers. That is the bottom line.

It is not reasonable to expect LS to be able to vet everybody's job requirements to see if they win his approval. Some requirements have obvious connections to the work involved, and some have more obscure connections that may be more difficult to articulate. But even if the employer should demand that all employees wear a funny hat, that demand is perfectly compatible with libertarianism.

Libertarian Reformers vs. the Non-Aggression Principle

The Future of Freedom