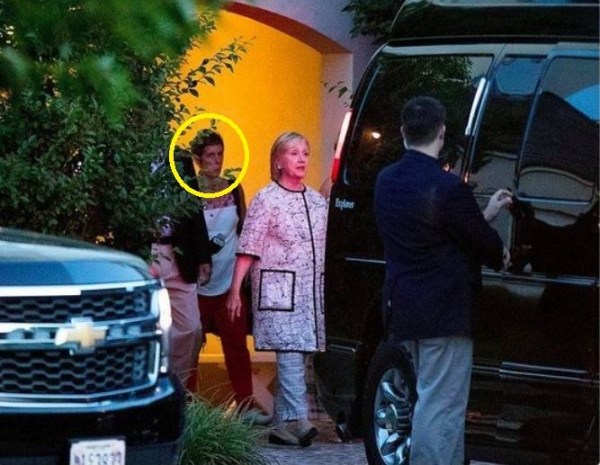 Is a picture worth a thousand words?
In this case it might be worth more.

A closer look at the woman behind Hillary Clinton reveals that it might be Christine Blasey Ford's attorney, Debra Katz.

The photo was taken at a 2016 campaign benefit hosted by Anti-Trumper Cher, according to Dr. Eowyn of Fellowship of the Minds.

"During the 2016 presidential campaign on August 21, rabid anti-Trumper Cher hosted a fundraiser for Hillary Clinton at the Pilgrim Monument & Museum in Provincetown, Cape Cod.

The fundraiser, attended by a cheering crowd of about 1,000 useful idiots, netted $1.5 million for Hillary's campaign coffers. (Cape Cod Times)"

Let's pause for a moment to give the leftists at Snopes a chance for  a rebuttal. The above photo was originally posted by TMZ and they have since retracted.

Snopes explains, "Although the woman behind Hillary Clinton in this photograph may bare a passing resemblance to Debra Katz, the pictured woman is actually Clinton's official campaign photographer, Barbara Kinney.