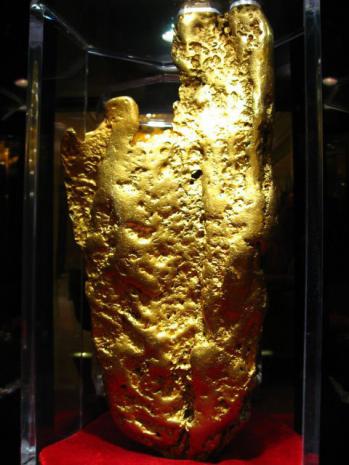 Note from Chip: Current price of gold, adjusted by value of the dollar per year, is less than it was at the beginning of the run up in value in 2009 after the market crash. ($1087 in 2009 dollars is S1274 today. Gold sits at $1203 this morning.) The current price also adjusts out to cheaper than during the inflation years of the Carter administration. ($459 in 1977 equates to $1671 today, and remained more expensive than current value til after 3 years of Reagan in 1983.)

Gold prices have been walloped this year by the rising dollar. The prices of all metals tend to move inversely with the value of the greenback.

One troy ounce of gold bullion would recently fetch $1,196, down 13% from $1,368 on January 26, according to data from Bloomberg. Professional futures market traders are currently betting heavily on a continued decline in the price.

The net position of such speculators could be characterized as highly unusual. The decision of so many more speculators to bet on a decline versus an increase in prices is now more than two standard deviations from the average according to a recent report from New York-based financial firm Macro Risk Advisors. That means such positioning is highly unusual.

It shouldn't be surprising that traders are betting this way because ever since late January it has been a profitable investment decision. If nothing else the science of investing is one of doing what works right up until it doesn't work anymore.

"Houston, We Have A Problem" - 85% Of Silver In London Already Held By ETFs

Is Silver THE Answer?

Rabobank: Uprisings And Revolutions Are Often The Result Of Expensive Silver

Is 'The Reddit Army' On The Verge Of Creating The Most Epic Silver Short Squeeze In U.S. His