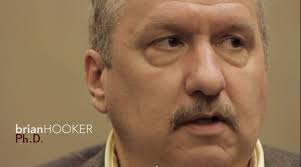 (Natural News) Despite the claims of safety, Dr. Brian Hooker is speaking out about the fraudulent science being used to promote the vaccine agenda. According to Dr. Hooker, a past study held by up the industry as "evidence" that it is safe to inoculate pregnant women is actually nothing more than a farce, and is another piece of vaccine propaganda put out by Big Pharma and their lackeys. The tetanus, diphtheria and pertussis (Tdap) vaccine has been recommended for pregnant women since 2012, but it turns out the alleged evidence of safety is woefully lacking.

The study in question, a CDC study named, "Increasing Exposure to Antibody-Stimulating Proteins and Polysaccharides in Vaccines Is Not Associated with Risk of Autism" by Destefano et al, was published in 2013 by the journal Pediatrics. As is typical of the vaccine industry, however, it turns out this research was heavily manipulated. It's almost as if they decided on what the outcome would be, before the study was done.

This Is Why Modern Medicine Has A Problem With Natural Cures