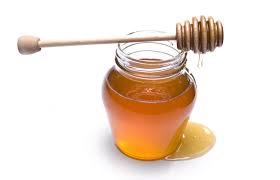 To many, honey is more than just a natural sweetener: it's a source of valuable medicine. A revered folk cure, honey has been used for a variety of medicinal purposes throughout the centuries, and now, science has confirmed that this tasty food may be all that stands between us and the scourge of antibiotic-resistant infections like MRSA.

MRSA, or methicillin-resistant Staphylococcus aureus, is a serious bacterial infection known for its resistance against treatment with antibiotics – making the infection more than difficult for conventional medicine to reconcile. As Healthline.com explains, MRSA infections can easily be contracted via cuts or other skin abrasions. Because of how highly contagious MRSA is, it can be spread through contact with an infected person.

Antibiotics resistance in general has been regarded as one of the biggest threats to modern society. Recent estimates have suggested that by the year 2050, some 10 million people will face an antibiotic-resistant infection each year. Experts believe antibiotic-resistant superbugs will soon pose a greater threat to human health than cancer.

But a recent study, led by researchers from the University of Mascara in Algeria, has shown that honey may be able to help. The researchers say that honey can be an effective tool against MRSA infections, and perhaps, other infectious diseases as well.

Using different kinds of honey from a number of Algerian territories, scientists were able to create polyphenol extracts that were then used against MRSA samples in lab testing. The team found that all four of the polyphenol extracts were effective against MRSA, though with varying degrees of efficacy. The honey extract from Jijel, Algeria was found to have the highest inhibitory effect overall.

The research team declared their conclusion:

The study of the antibacterial effect of honey extracts allowed us to present an alternative way against the infectious diseases.

Chemobrain is real. Here's what to expect after cancer treatment

Bombshell plea from NYC ICU doctor: COVID-19 is a condition of oxygen deprivation...