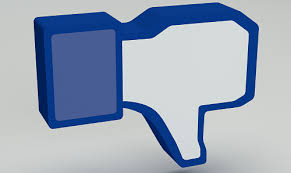 SHTFplan Editor's note: Many prominent Libertarian and alternative media pages were also removed from Facebook without warning. Some were removed from Twitter as well, leading many to believe this is a coordinated purge. The Free Thought Project, The Anti-Media, and Press For Truth are all independent media sites (non-partisan) that were removed from both Facebook and Twitter.

Just in time for midterms, Facebook has removed 559 pages and 251 accounts they claim have been spreading misinformation and spam. Several of the pages however – some with millions of followers, were pro-Trump conservatives who had spent years cultivating their followings.

After 5 years of building fans Facebook has officially unpublished our page (3.1 million fans) so we can't post on it anymore. This is truly an outrage and we are devastated. We will do everything we can to recover our page and fight back. pic.twitter.com/H3AmHTT8Qo

I've been memory holed from FaceBook! 350k followers poof gone! There is a dangerous precedent being set here where the big tech companies have appointed themselves as the gate keepers of political thought and opinion! Retweet this if you care about free-speech! #FreeDickspic.twitter.com/LsnZvaJyOL

More than half of sex trafficking victims in the U.S. last year were recruited on Facebook...