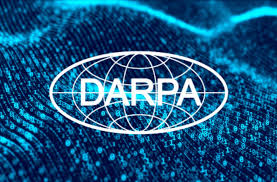 Swarm sprints allow for incorporation of emerging technology and new performers throughout the life of the program. Each of five core sprints focuses on one or more of the key OFFSET thrust – or topic – areas: swarm tactics, swarm autonomy, human-swarm teaming, virtual environment, and physical testbed. Each topic emphasizes slightly different perspectives, but ultimately aims to enable breakthroughs in swarm capabilities.

"What makes autonomous swarm research challenging and compelling is the rapid pace at which swarm technologies and associated capabilities are advancing," says Timothy Chung, program manager in DARPA's Tactical Technology Office (TTO). "OFFSET is designed around the idea of incorporating core swarm sprints at regular intervals."

The first of two topic areas covered in the third sprint is human-swarm teaming, which refers to the design, development, and demonstration of novel frameworks to enhance how humans interact with autonomous swarms. This topic area recognizes and seeks to address the complexity of the swarm systems themselves, as well as the cognitive, physical, and contextual needs of human teammates or tacticians when conducting urban operations.