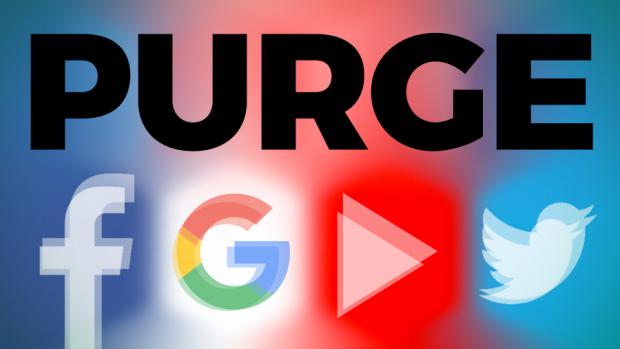 A recent purge by Facebook and Twitter of a host of independent media sites has pushed thousands of people out of work and has killed one of the most effective forms of expressing political dissent.

On Thursday last week, Facebook purged more than 800 pages and accounts, accusing them of engaging in "inauthentic behaviour" and violating Facebook's anti-spam policies.

"using fake accounts or multiple accounts with the same names and posted massive amounts of content across a network of Groups and Pages to drive traffic to their websites. Many used the same techniques to make their content appear more popular on Facebook than it really was. Others were ad farms using Facebook to mislead people into thinking that they were forums for legitimate political debate."

READ MORE:'Land of censorship & home of the fake': Alternative voices on Facebook and Twitter's crackdown

One of these pages was The Anti-Media, which I have worked for since mid-2016. Until the purge, we had some 2.17 million followers on Facebook. Supposedly, Facebook wants you to believe that 2.17 million people voluntarily signed up to our page just to receive all the spam content that we put out there (sounds realistic).

Twitter did one better than Facebook, though, as it went one step further and suspended the accounts of our editors and many influential people who work on our team. Carey Wedler, Anti-Media's editor-in-chief's Twitter account was suspended and yet Twitter could not even provide her with a valid reason for doing so.

I am not joking. In her notice of suspension, Twitter informed Wedler that her account, "CareyWedler has been suspended for violating the Twitter Rules. Specifically, for:" and the "specifically, for" part of Twitter's notice was left blank.

They literally could not even think of a reason; and yet they are for some reason not required to provide one.

Twitter also removed our talentedly efficient social media manager, PM Beers, who had amassed a following of over 30,000 followers on one of her accounts. She previously had access to over 30 accounts, yet Twitter was somehow able to coordinate the suspension of all of them at the same time except for one. Our Chief Creative Officer was also banned, even from accounts that he had not even used yet.