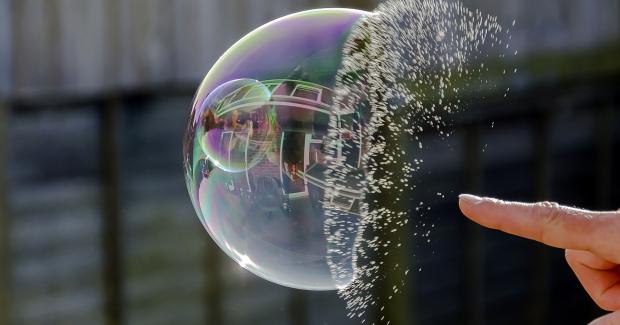 The bigger they come, the harder they fall.  Currently, we are in the terminal phase of an "everything bubble" which has had ten years to grow.  It is the biggest financial bubble that our country has ever seen, and experts are warning that when it finally bursts we will experience an economic downturn that is even worse than the Great Depression of the 1930s.  Of course many of us in the alternative media have been warning about what is coming for quite some time, but now even many in the mainstream media have jumped on the bandwagon.  The Economist is one of the most prominent globalist mouthpieces in the entire world, and so I was stunned when I came across one of their articles earlier today that was entitled "Another economic downturn is just a matter of time".  When the alternative media and globalist media outlets are both preaching economic doom, that is a very clear sign that big trouble is imminent.

But for the moment, global financial markets seem to have settled down a bit.  U.S. markets were down on Monday, but there wasn't that much volatility.  Once again, it was tech stocks that got hit the hardest…

Apple and Netflix pulled back more than 1.8 percent each. Netflix fell after Goldman Sachs and Raymond James slashed its price targets on the video-streaming giant. Apple dropped after Goldman Sachs said the tech giant's earnings could fall short this year as demand in China slows. Amazon, Microsoft and Alphabet also traded lower.

This may seem odd to hear, but what happened on Monday was actually good news for Wall Street.

Whether the markets go up or down, what investors should want more than anything else right now is calm, and that is precisely what we witnessed on Monday.  Yes, tech stocks took a bit of a hit, but overall there was not much panic in the marketplace and that is a positive sign (at least in the short-term) for Wall Street.