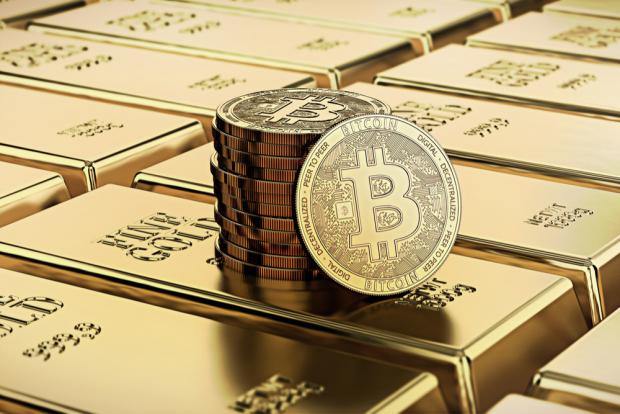 Cooperate when you think everyone involved will benefit.

Compete when you think something needs improvement.

Instead, states should be competing against the federal government.

They should be solving problems that the federal government cannot, or will not, solve.

One of America's biggest problems is a fiat currency which has lost 85% of its value since 1971 when Nixon eliminated the gold standard.

Yesterday I discussed one possible solution. States could create or incentivize banks that safely store deposits of gold and silver, and issue a digital representation of its value. The value would not be denominated in dollars. Instead, the precious metals themselves would be indexed to purchasing power.

The banks would make money in the same way banks currently do, by lending and charging interest.

States could incentivize the use of this real money by giving discounts to anyone who paid their taxes with this new digital metal-backed money.

And the state's incentive to do this is to cushion an economic crisis triggered by massive debt, inflation, and loss of confidence in value the US dollar.

But one possible pitfall of this system is a shortage of physical gold or silver to deposit, thus creating excess demand, and driving the price of gold and silver up.

So here's another alternative.

You know the golden rule–he who has the gold makes the rules.

If states position themselves right, they can avert financial disaster when DC's luck finally runs out.

Imagine 50 governments scrambling to enact the best policies, to attract businesses, to foster a high tech workforce, and to give citizens a better option for government.

Who's got the strongest economy? The state with the best financial system. The state that saved its people from a collapsing US dollar.

Competition between cryptocurrencies has set the tone for modern mediums of exchange.

Bitcoin was first on the scene.

Whoever created Bitcoin wrote an algorithm to create the blockchain.