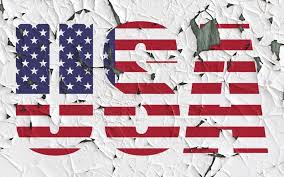 Where once there was civil debate in the court of public opinion, we now have censorship, monopoly, screaming, insults, demonization, and, finally, the use of force to silence the opposition. There is no turning back now. The political extremes are going to war, and you will be dragged into it even if you consider yourself apolitical.

There are great pivot points in history, and we've arrived at one. The United States, ruptured by a thousand grievance groups, torn by shadowy agencies drunk on a gross excess of power, robbed blind by oligarchs and their treasonous henchmen and decimated by frivolous wars of choice, has finally come to a point where the end begins in earnest. The center isn't holding… indeed, finding a center is no longer even conceivable. We are the schizophrenic nation, bound by no societal norms, constrained by no religion, with no shared sense of history, myth, language, art, philosophy, music, or culture, rushing toward an uncertain future fueled by nothing more than easy money, hubris, and sheer momentum.