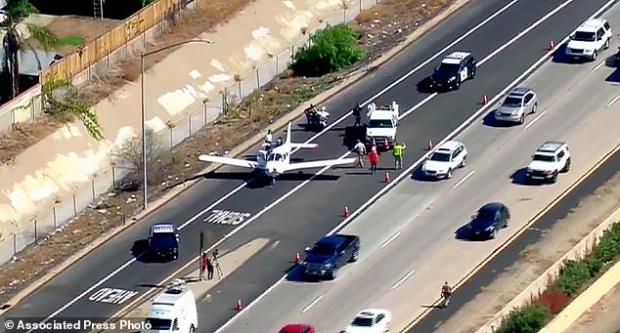 Instructor Ryan Mundo, 25, was piloting the aircraft when the engine failed

A shocking video shows the moment a former baseball star lands his plane on a California freeway after his engine failed.

Ryan Mundo, 25, was piloting the aircraft when he was forced to make an emergency landing in the middle of traffic on Friday.

Video of the incident shows the plane coming in for a landing on the freeway between several cars in front and behind it.

The woman who recorded the video was riding with her husband as they watched the plane make a safe landing.