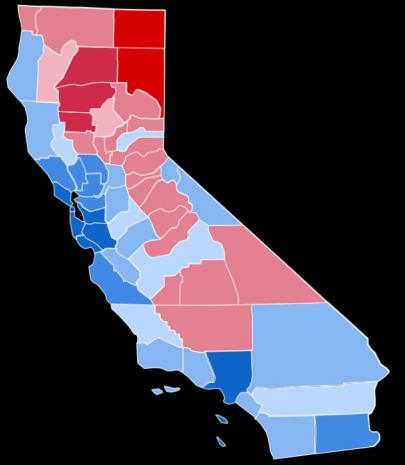 Most of these were Democrat enterprises, but they turned out to be only a tiny sip of the deep, rich, soup of insanity in which we're all steeping half a century later in 2018.

The capital of all this collectivist craziness is the sorry state of California, which has tossed aside the US Constitution for the whims of its mentally-impaired governor (not the first, by any means, nor, apparently, the last) and his motley minions and mobs. California is the state, after all, that inflicted Diane Feinstein, Nancy Pelosi, and Maxine Waters on the rest of us, not to overlook Jack Dorsey, Sheryl Sandberg, Mark Zuckerberg, Eric Schmidt, Sergey Brin, and the Wojcicki sisters. (Who? Look them up—but beware, Wikipedia is owned, every page, by the bad guys.) California's city streets are covered in human excrement, and there is a typhus epidemic brewing out there, somewhere.