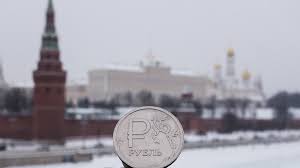 Moscow started working on the project back in 2014, when international sanctions over Russia's annexation of Crimea inspired fears that the country's largest banks would soon be cut off from SWIFT which, though it's based in Belgium and claims to be politically neutral, is effectively controlled by the US Treasury.

Today, the Russian alternative, known as the System for Transfer of Financial Messages, has attracted a modest amount of support within the Russian business community, with 416 Russian companies having joined as of September, including the Russian Federal Treasury and large state corporations likeGazprom Neft and Rosneft.

And now, eight months after a senior Russian official advised that "our banks are ready to turn off SWIFT," it appears the system has reached another milestone in its development: It's ready to take on international partners in the quest to de-dollarize and end the US's leverage over the international financial system. A Russian official advised that non-residents will begin joining the system "this year," according to RT.