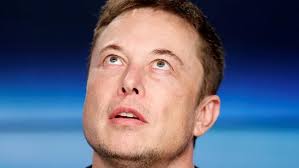 On Friday evening - the same day that it was reported that an FBI investigation into Model 3 production numbers was "intensifying" - Elon Musk again took to Twitter to taunt regulators, not only proclaiming that his $20 million fine from the SEC was "worth it" but also that the ongoing FBI/Department of Justice investigation into the company was "total BS". After that, he announced his intention to start buying $20M in stock as soon as Monday of the upcoming week.

Musk led off on Friday with a conversation about Twitter, calling the criticism on the social media network "brutal" and saying that "likes" were rare. Then, when asked by another user about the "like" ratio on his "funding secured" Tweet, Musk responded it was "worth it".

After that, Musk also went on a separate thread, seemingly boasting with confidence that the Department of Justice would be unable to find evidence that Musk or his team knowingly misled investors about production targets.

Musk turned his sights to a Tweet put out on Friday by Fox Business News reporter Charlie Gasparino. After the Wall Street Journal beat Gasparino to the punch on the story about the FBI/DOJ looking into Model 3 production numbers, Gasparino obligatorily chimed in, calling it "not really that much of a story" and stating that a "law enforcement source" told him the Feds would have to find tangible proof that Musk was lying about the Model 3 production schedule. He called the FBI's task "not impossible, but really difficult".