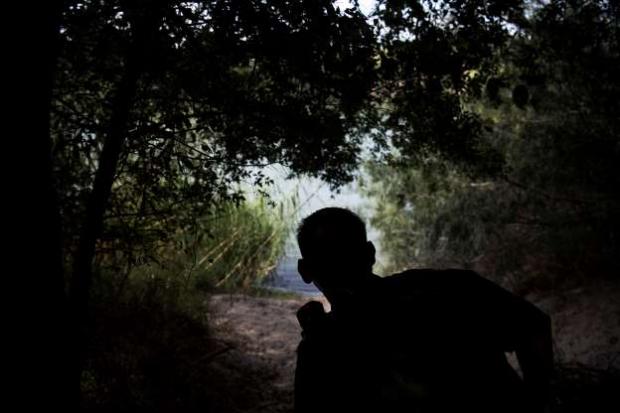 A norteño ballad drifted from a radio somewhere on a nearby farm, and two pigs cooled themselves at the water's edge, wading to their bellies. For a moment, one of the border's busiest places for illegal crossings looked placid.

Then a raft appeared.

Within seconds it was in the water, a teenage guide steering the current while his boss, an older man, stood watch on the bank. In less than a minute, the teenager delivered a woman and a boy to the U.S. side and they climbed out, shoes sinking in the wet silt.

Rodriguez stepped onto the path to stop them, but the woman and the boy did not run. They wanted to be captured. This is how it works now.

The era of mass migration by Mexican laborers streaming into California and the deserts of Arizona is over. Billions spent on fencing, sensors, agents and drones have hardened the border and made it tougher than ever to sneak into the United States. The migrants coming today are increasingly Central Americans seeking asylum or some form of humanitarian protection, bearing stories of torture, gang recruitment, abusive spouses, extortionists and crooked police.