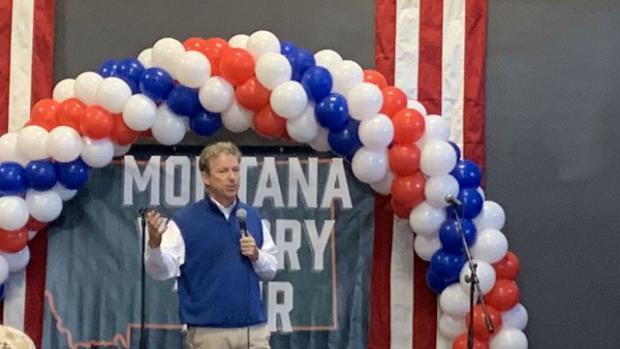 Paul, a member of the Senate Foreign Relations Committee, said the nation can no longer overlook the bad behavior of Saudi Arabia, the world's top buyer of U.S. armaments and a key player in setting global oil prices.

"We have to think through this idea that everything is going to be blindly for Saudi Arabia, they're involved in a war in Yemen where tens of thousands of civilians are dying," Paul said.

Paul reminded the audience, many of them Trump supporters, that 15 of the 19 hijackers behind the 9/11 attacks were Saudis.

"Anyone remember who attacked us on 9/11?" he said. "Anybody heard of a madrassa? They have 20,000 madrassas in Pakistan funded by the Saudis that teach hatred of Christians, hatred of Jews, hatred of Hindus, throughout the world."

"Why do we have worldwide terrorism? The Saudis fund it," he added.

Paul made his comments at an event for Senate Republican candidate Matt Rosendale.

Paul described Rosendale as someone who would be an ally in Washington in the effort to impose more congressional oversight on the president's ability to conduct military operations.