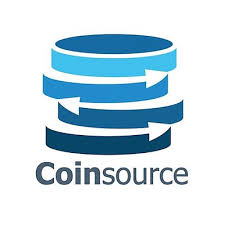 Coinsource, a Texas-based cryptocurrency ATM operator, has made a lot of headway over the years, with 200 BTC-dispensing ATMs across the U.S. and 40 kiosks in the state of New York. The company applied for the Bitlicense in the summer of 2015, but it and other businesses have been able to operate over the years by using provisional licenses.

The Bitlicense was created in 2015 and has been controversial since the day it was introduced. However, because New York is one of the world's biggest financial centers, large cryptocurrency companies such as Circle, Coinbase and Bitflyer have already secured approval to offer their services in the state. Coinsource will be the 12th company to be granted the Bitlicense and the first crypto-ATM provider to be permitted to operate legally in the state.

"Coinsource is the first and only company that operates Bitcoin Teller Machines (BTM) to receive a New York virtual currency license," Coinsource CEO Sheffield Clark said. "All New Yorkers — from the people that are unbanked to the people who own the banks — can use our kiosks in their neighborhood retail locations to buy bitcoin instantly in a convenient and familiar way."

A large number of customers use BTC-dispensing ATMs as an alternative to online exchanges, which often have issues such as long transaction delays and poor customer service support, Clark said, adding that Coinsource also expands access to digital assets. "This is a landmark day for Coinsource, but an even more important win for New Yorkers," he stated.