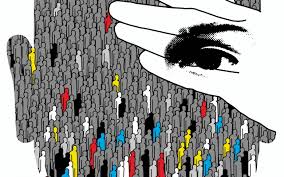 Guest speaker Brett Veinotte told us a story that really stuck with me about a date he'd been on with a college professor. She asked if he was a Trump supporter, because some of the things he'd said had been "curious" to her.

He explained that he doesn't particularly favor either party, etc.

This absolutely did not satisfy her. She began speaking to him condescendingly.

As gently as possible, Brett shot back with something like this:

The "Small" Business Administration Is Now Bigger Than Walmart

Peter Schiff Warns "Americans Are In For A Rude Awakening"

The US Government Is Nationalizing Many Financial Markets with Money from the Federal Reserve...

Bill Gates Tells What to Expect After Covid-19