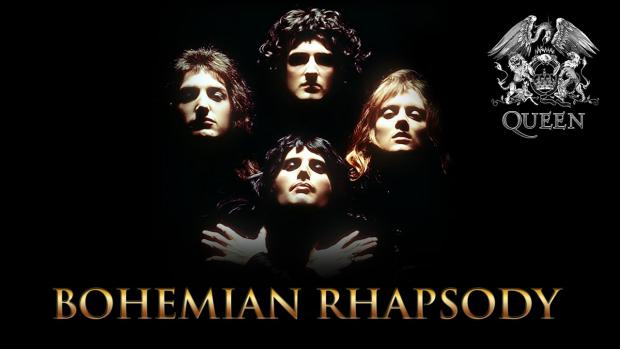 4th Update, Sunday 9:22AM final writethru with chart after Sunday 7:39AM update and Saturday 1:18 AM post:  It's funny, whenever a movie fails at the box office, the immediate go-to excuse in analyzing what went amiss is pointing to whatever problems occurred during production.

But if there's ever a perfect bliss for any studio executive, producer or filmmaker, it's when a movie, which has had an embattled path to the screen, greatly succeeds, and that's what's occurring for the second time at the weekend box office this fall, as 20th Century Fox/New Regency/GK Films' Freddie Mercury biopic Bohemian Rhapsody is blasting past its $35M-$40M expectations with, yes, a $50M opening this morning, according to early industry estimates, after a $18.8M Saturday.  All-in global is at $141.7M, with $10.2M of that number coming from Imax.

On Friday night, we hear there were a handful of theaters that were incomplete, sending weekend numbers higher, with distributors revising their weekend figures lower on Saturday morning. But let's face it: Bohemian Rhapsody had all the momentum to over-index: Audiences remain crazy in love with Bohemian Rhapsody, giving it an A CinemaScore, 88% overall positive, and four-and-half stars on Screen Engine/ComScore's PostTrak, topped off with a super-definite recommend of 75%. They also have a hunger to see the movie in a concert-like environment, meaning the dynamic sound of premium formats.

Imax drove $6.2M of the weekend B.O., repping 12% of ticket sales and premium large format screens generating 17% of all ticket sales. Prior to its opening stateside, many knew the Queen pic was going to work when it swept up $13M in the UK last weekend. In addition, Bohemian Rhapsody wasn't just a success around the nation last night, but at the Academy of Motion Pictures Arts & Sciences last night, where the official screening was held to a packed crowd of about 800, with the entire audience delivering a standing ovation to star Rami Malek.

Beamed 20th Century Fox Domestic Distribution boss Chris Aronson this morning about Bohemian Rhapsody's success,"The journey is all Graham King's. It took him ten years to get this film made properly, and the genius of Graham is managing the band. Because if the band walked out, there wouldn't have been a movie. You couldn't make this movie without the blessing of Brian May and Roger Taylor. Graham never let them out of the fold. It shows his dogged determination to make the right movie by keeping Brian and Roger interested and engaged. I couldn't congratulate him him enough. It's all the elements of success here for Graham, as well as a great screenplay and unbelievable cast who literally went around the world promoting this movie."

'Just because you're offended it doesn't mean you're right'...

At Least They Finally Admit It