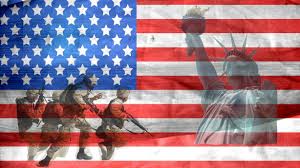 In the United States, however, we take particular pride in recognizing as heroes those who have served in the military.

Yet while we honor our veterans with holidays, parades, discounts at retail stores and restaurants, and endless political rhetoric about their sacrifice and bravery, we do a pitiful job of respecting their freedoms and caring for their needs once out of uniform.

Despite the fact that the U.S. boasts more than 20 million veterans who have served in World War II through the present day, the plight of veterans today is America's badge of shame, with large numbers of veterans impoverished, unemployed, traumatized mentally and physically, struggling with depression, suicide, and marital stress, homeless, subjected to sub-par treatment at clinics and hospitals, and left to molder while their paperwork piles up within Veterans Administration offices.

Still, the government's efforts to wage war on veterans, especially those who speak out against government wrongdoing, is downright appalling.