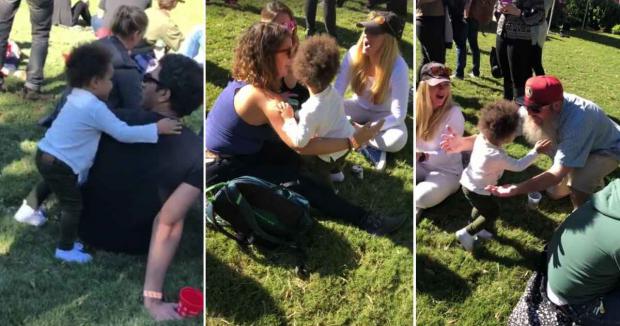 -When Jude was told it was time to go, he walked around hugging strangers goodbye

When one Georgia toddler was told that it was time to leave the park this weekend, he didn't cry or protest — but he did stop to hug everyone goodbye.

Parents Nick and Stephanie Sasfly took their two-year-old son Jude to the park on Saturday, where the family enjoyed an outdoor concert with a crowd of people sitting in the grass.

When it was 'time to go bye bye,' Jude made sure to bid an affectionate farewell to all of the strangers sitting near them, toddling up to men and women to wrap his arms around each of them.