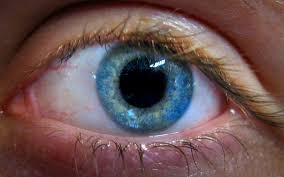 Now, researchers have developed a tiny, rotini-shaped spiral that could one day be deployed in the thousands for targeted drug delivery.

Current treatments for eye diseases such as glaucoma or diabetic macular edema are delivered through direct injection or eyedrops. Those methods are effective but imprecise, often blanketing the entire eye in medication.

So scientists used nanoscale 3D printing to create spiral-shaped robots small enough to pass through the dense jelly known as the vitreous humor that makes up most of the eyeball. The researchers added a slippery coating and magnetic materials so they could propel the microbots through the eye using a magnetic field.

The scientists then collected pig eyes from a slaughterhouse, injected a solution containing about 10,000 bots into each eye, and then placed them in a magnetic field, which they used to propel the bots to the retina at the back of the eye. Imaging showed the swarm successfully reached the retina in less than 30 minutes, about 10 times faster than letting similar-size particles diffuse through the eye, the researchers reported last week in Science Advances.