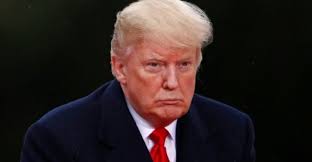 The next top official on Trump's chopping block could be Homeland Security Secretary Kirstjen Nielsen, according to multiple media reports. Nielsen is a close ally of Kelly and speculation has mounted that her ouster could trigger the chief of staff's departure. Kelly has reportedly fought to save Nielsen's job when she has come under fire from Trump.

Trump did not answer questions from reporters on Tuesday about Nielsen's possible departure and other staff changes.

Nick Ayers, who serves as chief of staff to Vice President Pence, has emerged as a leading contender to replace Kelly, sources close to the administration told The Hill.

Trump met privately with Ayers in the past couple of weeks, according to one source. The person did not know the contents of their conversation but said the meeting was widely interpreted as a sign Ayers is under consideration as the next White House chief of staff.

The White House did not respond to a request for comment.