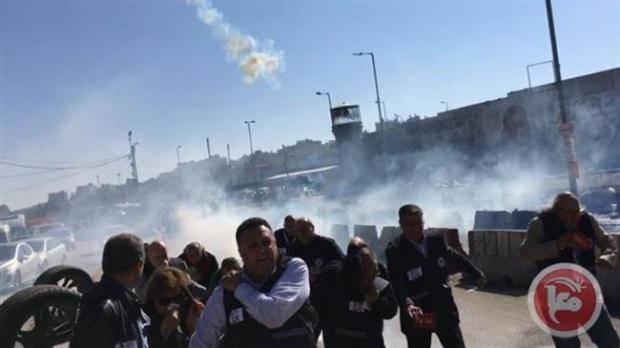 Head of the Palestinian Journalists' Syndicate Nasser Abu Bakr was among the wounded.

Abu Bakr demanded that those who commit violence against journalists be held accountable.

A Palestinian journalist, sitting, is seen after suffering severe tear gas suffocation as Israeli forces suppressed a peaceful anti-occupation march in the central West Bank on November 17, 2018. (By the Palestinian Ma'an News Agency)

Since the beginning of the current year, he said, some 7,000 violations and assault against Palestinians by Israeli military were recorded.