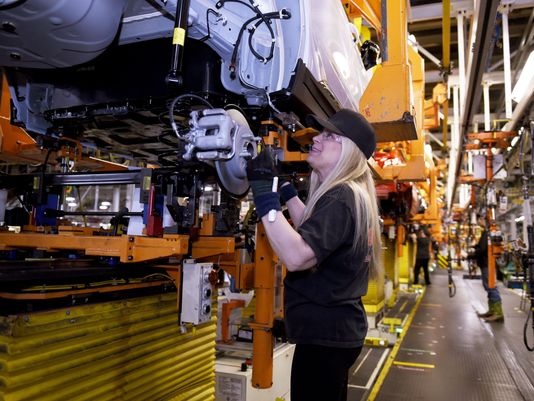 GM's job cuts are the seventh largest since 2001. GM also claimed the sixth-place spot with layoffs of some 20,000 workers in Detroit during the depths of the crisis.

Marry Barra is meeting with Trump Chief Economic Advisor Larry Kudlow on Monday after announcing that the company would lay off as many as 14,700 workers in key swing states that helped elect Trump in 2016.

Barra warned the administration over the summer that auto tariffs would lead to "a smaller GM."  Now that's happening (though the administration is still mulling a decision on auto tariffs, though it has moved ahead with its protectionist agenda). Meanwhile, Jerry Dias, the head of Canadian autoworkers union Unifor, said that GM won't be closing its Oshawa plant without "a hell of a fight." He also requested a meeting with Barra, and is planning to meet with Prime Minister Trudeau.

While we don't know what Kudlow is planning to say to Barra, we suspect that he might remind her about a certain tax-cut package that has saved GM and thousands of other US corporations hundreds of billions of dollars already - not to mention the fact that GM is still a profitable company, despite its lagging share price.