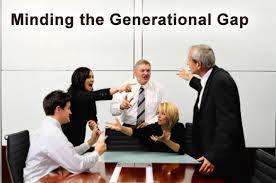 The excellent British online magazine Spiked recently published this article warning about deteriorating attitudes toward elderly people in the UK.  As the article points out, there is more to the problem than logistical and financial concerns about providing socialist medical care to an aging population. Nor do increasing lifespans in the West, with attendant increases in loneliness and age-related morbidity, account for this unhappy state of affairs. No, the root of the problem is simply a lack of caring and empathy, made worse by fewer intact multi-generational families and alienation between taxpayers and pensioners:

These are not just technical questions for the social-care sector to grapple with. They are far bigger than that, touching upon the issue of what kind of society we want to live in, and what we expect of each other. At root, there is the issue of what we regard as individual and collective responsibilities; and what the duties of the young are to the old; and the question of how elderly people come to decide for themselves how they should be cared for later in life.

More than that, the problems facing the social-care system need to be understood in the context of a wider generational hostility that is compounding, if not driving, a longstanding official neglect of older people's care.

Sad, yes, but entirely predictable. Britain, perhaps faster and more vigorously than most western countries, has fallen prey to the doctrine of "presentism": an ahistorical narrative in which the past is always bad and repressive, feelings and "lived experiences" (generally quite lacking among the young, yes?) prevail over facts, and group identity dictates ideology. If the past is all wrong, the people who lived in it and even prospered during it surely are not to be admired or cared for:

'Negativity about ageing and older people is pervasive in our society', says Caroline Abrahams at Age UK. Whether it's the nasty sentiment that Brexit voters are a bunch of selfish old bigots whose demise can't come too soon, or that Baby Boomers have been piling up problems for moaning millennials, or that old people are just getting in the way with their 'bed-blocking' and their unreasonable expectation that younger folk should subsidise their state pensions, free bus passes, TV licences and winter fuel allowances – again and again, we see generational disdain for older people.

America is in the same boat, with the population above age 65 set to double over the next thirty years.