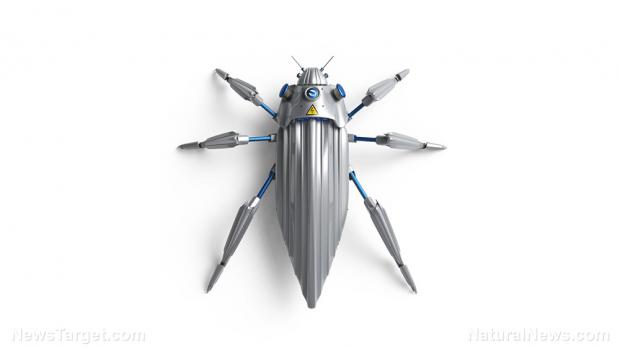 (Natural News) The federal government is determined to bio-engineer artificial insects, having demonstrated a willingness to say just about anything in order to justify it – including by claiming that fake bugs bearing genetically-modified (GM) viruses are necessary to save our food supply.

One example offered up by the Pentagon suggests that, were a cornfield, say, to suffer an unexpected drought, pathogenic, GMO insects could be rushed in to save the day. Or if a deadly pathogen were to sweep through a crop, Insect Allies could be deployed to stop it.

These "targeted therapies," as the DARPA website is calling them, have the potential to protect food crops against all sorts of things, including disease, flooding, frost, and even "threats introduced by state or non-state actors" – meaning something along the lines of a deep state biological attack.

For more news about GMOs, be sure to check out Biotech.news.

Scientists warn against Pentagon's GMO insect scheme, say it could be turned into a biological weapon

DARPA would appear to have some kind of sick obsession with trying to recreate reality through genetic engineering. Back in 2015, it was reported that DARPA was planning to fund a project involving human zombies whose genetic codes were altered to make them more "effective" on the battlefield.

Who profits from Militarizing the Police?

In Huge Shakeup, Trump Moves To Withdraw 12,000 US Troops From Germany