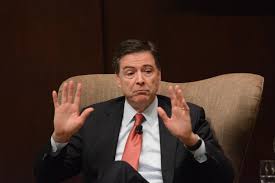 What Comey did remember, however, confirms that the FBI could not verify the dossier submitted by former UK spy Christopher Steele - which the agency used as the foundation of a spy warrant application to surveil the Trump campaign.

While Comey said the dossier came from "a reliable source with a track record, and it's an important thing when you're seeking a PC warrant," he also admitted that the FBI was unable to corroborate the document's claims.

"But what I understand by verified is we then try to replicate the source information so that it becomes FBI investigation and our conclusions rather than a reliable source's," Comey said, adding "That's what I understand it, the difference to be. And that work wasn't completed by the time I left in May of 2017, to my knowledge."

The FBI is required to fully vet information they submit to FISA courts, which they of course did not do in their haste to deploy a counterintelligence dragnet on the Trump campaign during the final months of the 2016 US election.