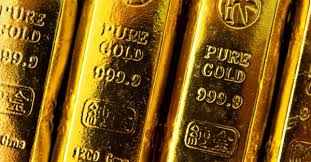 I've been a holder of gold since the 1970's. At that time, I was purchasing gold and silver for business reasons and found that, as the price was steadily increasing, I'd be wise to buy more than I needed immediately, as I'd most certainly profit from it in the near future.

At that time, I was buying most of my precious metals in Hatton Garden, the centre for physical metals usage in London and, in talking with my more experienced associates there, I learned that gold doesn't just make pretty jewellery, it has, for over 5000 years, served as man's best economic insurance policy.

Since the creation of the first fiat currency in China, ca. 600 AD, governments have had the annoying habit of creating fiat currencies. It has taken many forms, including tobacco, shells, cattle, even tulips in 17th Century Holland.