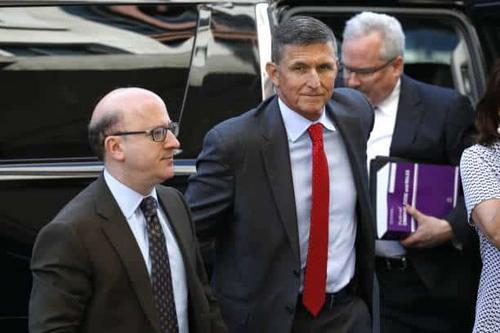 Robert Mueller's office had until 3 p.m. to get the documents to Judge Emmet Sullivan, who demanded information Wednesday after bombshell information surfaced in a memorandum submitted by Flynn's attorney's that led to serious concerns regarding the FBI's initial questioning of the retired three-star general.

The highly redacted documents included notes from former Deputy Director Andrew McCabe regarding his conversation with Flynn about arranging the interview with the FBI. The initial interview took place at the White House on Jan. 24, 2017.

The documents also include the FBI's  "302" report regarding Flynn's interview with anti-Trump former FBI Agent Peter Strzok and FBI Agent Joe Pientka when they met with him at the White House. It is not, however, the 302 document from the actual January, 2017 interview but an August, 2017 report of Strzok's recollections of the interview.

Flynn's attorney's had noted in their memorandum to the courts that the documents revealed that FBI officials made the decision not to provide Flynn with his Miranda Rights, which would've have warned him of penalties for making false statements.

"The agents did not provide Gen. Flynn with a warning of the penalties for making a false statement under 18 U.S.C. 1001 before, during, or after the interview," the Flynn memo says.