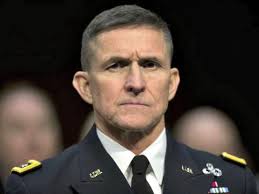 (Natural News) The editorial board of The Wall Street Journal (WSJ) wants the world to know that former National Security Adviser Michael Flynn was basically tricked by disgraced former FBI head James Comey into making certain statements before FBI agents, without his attorney present, that eventually resulted in his prosecution as a criminal.

These WSJ editors are calling the situation entrapment, and rightfully so. Comey and two fellow FBI cronies clearly targeted Flynn for questioning, pretending as though they just wanted to have a friendly chat. They then proceeded to bait information out of him without explaining what it was they were actually doing, or revealing that Flynn's statements could be used against him.

The recent Flynn filing reveals how, on January 24, 2017, Flynn spoke with the two FBI agents in question – the entire meeting having been set up by former FBI deputy director Andrew McCabe. McCabe apparently compelled Flynn to meet with the FBI agents without a lawyer present, to which Flynn complied.

"I explained that I thought the quickest way to get this done was to have a conversation between [Mr. Flynn] and the agents only," McCabe later revealed in a memo seen by Flynn's defense team. "I further stated that if LTG Flynn wished to include anyone else in the meeting, like the White House Counsel for instance, that I would need to involve the Department of Justice."

"[Mr. Flynn] stated that this would not be necessary and agreed to meet with the agents without any additional participants."