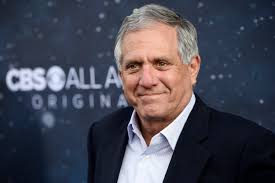 NEW YORK (AP) — CBS announced Monday that former CEO Les Moonves will not receive his $120 million severance package after the board of directors concluded he violated company policy and was uncooperative with an investigation into sexual misconduct allegations.

The decision, which came after a five-month outside investigation, capped the downfall of one of television's most influential figures, the biggest entertainment powerbroker to see his career derailed amid the #MeToo movement against sexual misconduct.

A lawyer for Moonves said the board's conclusion "are without merit" but did not say whether the former CEO would challenge it in arbitration.

Moonves was ousted in September after allegations from women who said he subjected them to mistreatment including forced oral sex, groping and retaliation if they resisted.

"This is an important reminder that harassment happens everywhere, and that in this moment, even someone who has been perceived as untouchable will be held accountable," said Fatima Goss Graves, a co-founder of the Time's Up Legal Defense Fund, which provides legal assistance to victims of assault, harassment or abuse. "I hope other corporations are learning that lesson."

New York-based CBS Corp. said at the time of Moonves' departure that it had set aside $120 million in severance for him but warned that he would not get the money if the board concluded it had cause to terminate him.

"We have determined that there are grounds to terminate for cause, including his willful and material misfeasance, violation of company policies and breach of his employment contract, as well as his willful failure to cooperate fully with the company's investigation," the CBS said in a statement.

The board did not provide details. Earlier this month, The New York Times said a draft report from the outside investigation found that Moonves deleted numerous text messages and was "evasive and untruthful at times."

Andrew Levander, an attorney for Moonves, said his client "vehemently denies any non-consensual sexual relations and cooperated extensively and fully with investigators."

"Consistent with the pattern of leaks that have permeated this 'process,' the press was informed of these baseless conclusions before Mr. Moonves, further damaging his name, reputation, career and legacy," Levander said.

General Labor Strike Planned Across US

Benefits of Salaries in Crypto

What Is the Great Resignation of 2021? (If You Don't Know, You'll Want to Read This)

Is the Danger Covid or the Vaccine?