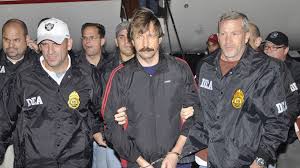 Jailed Russian businessman Victor Bout says that "great changes" are looming in the United States and that a revolution is "inevitable" due to how the justice system has been weaponized against President Trump.

Bout has been incarcerated in a Marion, Illinois penitentiary since 2008 after being convicted of selling weapons to the Revolutionary Armed Forces of Colombia but maintains his innocence, claiming his imprisonment was politically motivated as a means of intimidating other Russians into caving to U.S. demands.

During an interview with RT, Bout said the justice system has become so corrupted that its rulings are a politically charged "cheap farce".

"They are trying to do what they've done to me not only to their distinguished generals but the President himself," said Bout, adding that the actions of the deep state are fomenting the environment for violent revolution in America.

"This country is at the doorstep of great changes, and, in my opinion, a revolution, which is virtually inevitable, he said.