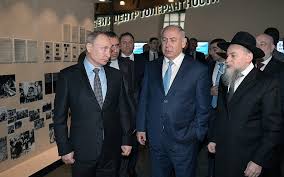 Reports from Syria said an arms depot in Qatifah, about 40km (25 miles) north-east of Damascus, was hit, injuring three soldiers.

Israel has not commented, but after the reported strikes it said it had fired at a Syrian anti-aircraft missile. It did not report any damage or injuries.

Israel has carried out dozens of strikes on Syria in recent years.

It says it is acting to thwart advanced weapons transfers from Iran to the Lebanese pro-Iranian Hezbollah movement and the strengthening of Iran's military presence in Syria.

The foreign ministry of Russia, a key Syrian ally, said it was "very concerned" by the alleged Israeli air strikes.