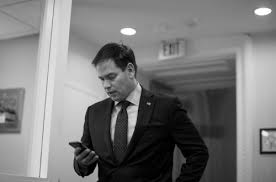 Words are funny. Strung together, they can have multiple meanings depending on the perceived context and reader's viewpoint. I can make a statement with the intent to convey argument A, but the reader interprets my statement as not-A.

An example: Trotsky, in "What Next? Vital Question for the German Proletariat" (published as "How Mussolini Triumphed," in Fascism: What it is and how to fight it, 1944), disparaged the Italian socialist, Turati, for saying, regarding the political battle with Mussolini's fascist movement, "One must have manhood to be a coward."

Given the context, it appears Turati spoke with a sense of irony, defending his political strategy. Trotsky subjected those same words to close reading in order to bolster his argument that the Italian socialist was retreating before the fascists. Turati claimed he had manhood, while Trotsky insinuated Turati was a coward.

Forgetting the internecine war among socialists, let's examine Turati's prescient claim in another context: the draft.

During my high school years, "Jimmy Carter signed Proclamation (Registration Under the Military Selective Service Act) in response to the Soviet invasion of Afghanistan in the previous year of 1979, retroactively re-establishing the Selective Service registration requirement for all 18- to 26-year-old male citizens born on or after January t, 1960." This made me eligible for the draft upon turning 18.

But who was I going to fight – who was I supposed to slaughter, burn, maim, etc.? In 1981, as my eighteenth birthday approached, it looked like a hot war in Nicaragua or elsewhere was possible – actually, likely. That meant I could have ended up in uniform shooting peasant farmers whose political worldview disagreed with the then-current policies of the US government – policies that changed with elections. Today's enemy could be tomorrow's ally.

Regardless of the side, I could have been required to do the bidding of those in power, to bloody my hands and taint my soul. As a quasi-radical, or what went for a quasi-radical in middle class, suburban Pittsburgh in the early 1980's, I would have none of it.

The Evil of Drafting Women (and Men)