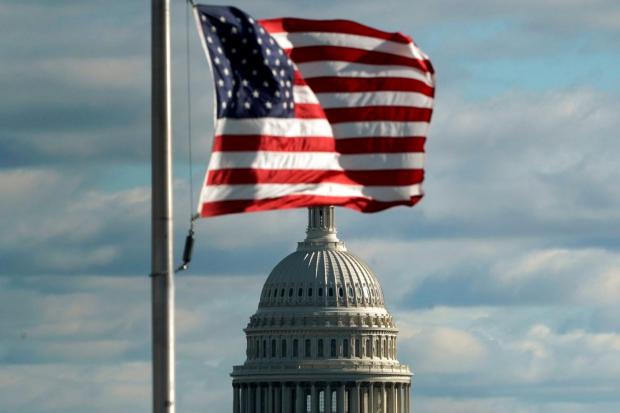 Even if America once felt wealthy enough to squander its financial resources in such pursuits, those days have ended. Washington is effectively bankrupt, with massive unfunded liabilities. Its fiscal future will only worsen as Baby Boomers continue to retire.

The annual budget battle is at its peak and Washington continues to flaunt its remarkable dysfunction. This fiscal irresponsibility affects more than domestic programs. In the coming years, it is likely to drive U.S. foreign and military policy.

The U.S. government has no more important duty than defending the nation. However, providing for the "common defense," as the Constitution puts it, is remarkably easy. America has vast oceans east and west and peaceful neighbors to the north and south.

Today only Russia, with an arsenal of nuclear-tipped missiles, could launch a serious attack on America. However, Moscow has no incentive to do so, since the result would be devastating retaliation. China's military is expanding but directed at preventing Washington from dominating the People's Republic of China at home and in its neighborhood.

Terrorists abound but mostly result from maladroit U.S. policies that create enemies and make other people's conflicts America's own. Moreover, while such attacks are atrocious, they do not pose an existential threat. Nor do America's conventional forces and nuclear arsenals offer the best response; promiscuous war-making around the world is more likely to accelerate than diminish terrorism. The better option would be to do less militarily, especially in the Middle East.

Why, then, is Washington spending $717 billion in fiscal year 2019 to maintain vast armies, fleets, and air armadas around the world? Not for defense, of America, anyway. It is to protect allies, assert influence, remake failed societies, dictate behavior, promote values, and more. All of these may have some value, though rarely as much as asserted. And none have much to do with protecting America's territory, people, constitutional system, and prosperity.

Unfortunately, attacking is far more expensive than deterring. Most of America's Pentagon outlays go to project power, which is why the United States has an outsize military budget, equal to that of the next dozen or so nations combined. None of them, or any combination of them, could defeat America. Rather, Washington wants the ability to target them. The so-called "defense" budget is the price of America's aggressive foreign policy. Playing global gendarme—is not cheap.

Although Americans should be prepared to pay any price necessary for their defense, not so with remaking the globe. Sending Americans to fight and die for tasks of peripheral importance always was foolish. Even if America once felt wealthy enough to squander its financial resources in such pursuits, those days have ended. Washington is effectively bankrupt, with massive unfunded liabilities. Its fiscal future will only worsen as Baby Boomers continue to retire.

Last year the Republican Party, once the self-proclaimed guardian of the treasury, used control of both ends of Capitol Hill to simultaneously hike federal spending and cut taxes. The result was a deficit approaching $779 billion, up $114 billion from the previous year. The last time Uncle Sam generated as much red ink was 2012 when recovering from the financial crisis.

Unfortunately, the numbers will only go up. The Congressional Budget Office figured the president's 2019 budget proposal will push the deficit to nearly $1 trillion—without another financial crisis. And the numbers will continue to rise, to $1.527 trillion in 2028, or nearly twice last year's level. There will be an extra $12.4 trillion in red ink over the coming decade.