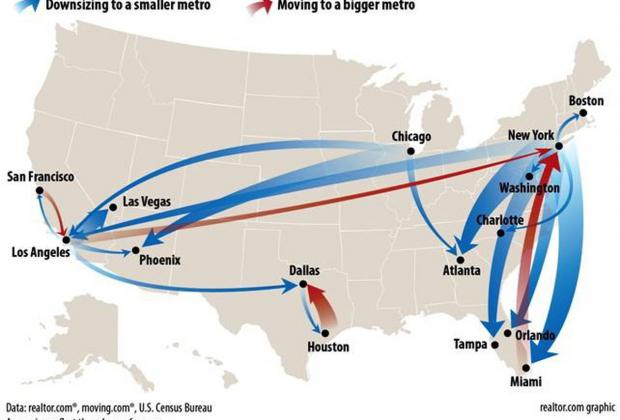 The most talked-about story of the day is a real humanitarian tragedy. It is the story of a great wave of miserable humanity fleeing oppressive regimes to find a better life. Their journey is arduous but they are not all worthy of our sympathy, as many of them simply refuse to assimilate into their new surroundings should they complete their migration successfully. Instead, they complain, expect certain privileges, and stick to their old ways rather than conform to the local culture and customs. We are speaking, of course, about Americans who flee the Northeast to settle in the South.

Other than the gorgeous fall colors, there is not much to like about the blue states crushed together in the top right-hand corner of the American map. The climate is unpleasant, the cities overcrowded, the general mood cold and indifferent, and practically the only decent food is that which has been culturally appropriated from other parts of the world.

To make things even worse, the taxes are high and the laws are many. Corrupt politicians rule with an iron fist. Individual freedom is almost unheard of. Think of banana republics without the bananas and you get a pretty good idea.

Perhaps the least appealing of these unappealing states is New Jersey, comically known as the Garden State. New York's mentally-challenged cousin, New Jersey witnessed the largest exodus of any American state in 2018, according to a report in The New York Post. The Empire State itself wasn't far behind.

The Post quotes United Van Lines – the company that conducted the survey into internal U.S. migration – as stating "The Northeast region continues to see more residents leaving than moving in, with 57 percent of all moves within the Northeast US being outbound moves."