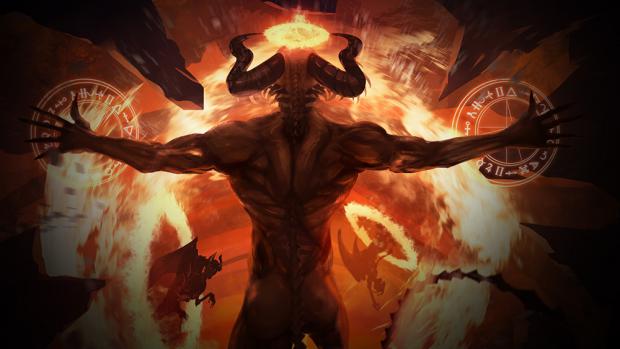 (Natural News) If you're wondering why the left-wing media is infused with absolute evil, a seething, anti-human hatred of life, truth, healthy babies and human liberty, the answer is far larger than what you might have supposed. An increasing number of so-called "journalists" working for the anti-human media are actually demon-possessed entities working to destroy human life, Christianity and belief in God.

Beyond a mere political war, we are engaged in a spiritual war of cosmic importance, as pure evil has taken over nearly the entire left-wing media, government bureaucracies, universities and public schools, Hollywood and the pop culture media, and even the ranks of "science" and medicine.

"They first cropped up seemingly out of nowhere about six years ago, adorned in black capes with curved devil horns affixed to their heads, holding posters and black American flags as they shouted 'Hail, Satan' on the steps of government institutions," reports the UK Daily Mail in a story documenting the rise of Satanism in America.

"And they were growing, exponentially. Since The Satanic Temple's founding in 2012, the organization has increased from a handful of members to tens of thousands, with chapters all over the US and the globe, from Stockholm to London and Los Angeles to Texas."

"They're CORRUPT!" Jimmy Dore DESTROYS The Democrats on Tucker

When The Lies Come Home

What We DON'T Want You To Know! - News Update

The Mainstream Worldview Is Self-Evidently Bullshit: Notes From The Edge Of The Narrative Matrix

Rachel Maddow Has a NEW Theory of What Really Happened!

New CNN CEO Says There Will Be NO MORE Partisanship On The Channel...

Why Do People Believe Fake Statistics?

Watters: Paul Pelosi DUI case has been buried from public