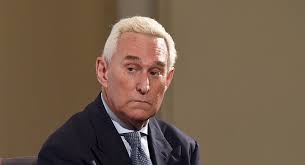 Former Fox News host Greta Van Susteren suggested that the FBI could have tipped off CNN before the arrest of Roger Stone, after a dramatic video emerged which featured audio of FBI agents banging on Stone's door.

Stone was arrested at 6am at his home in Ft. Lauderdale, Fla on a seven-count indictment which includes one count of obstruction, five counts of making false statements and one count of witness tampering.

Video of the raid was released by CNN as soon of news of the arrest emerged. It contains audio of an FBI agent shouting, "FBI open the door" while banging on the door.

CNN Exclusive Video: Longtime Donald Trump associate Roger Stone has been indicted by a grand jury on charges brought by special counsel Robert Mueller. He was arrested by the FBI Friday morning at his home in Florida, his lawyer tells CNN. https://t.co/Y715h2VvAD pic.twitter.com/l4m5Q0YQqr

Van Susteren immediately took to Twitter to claim that the FBI "obviously tipped off CNN".

"CNN cameras were at the raid of Roger Stone…so FBI obviously tipped off CNN…even if you don't like Stone, it is curious why Mueller's office tipped off CNN instead of trying to quietly arrest Stone;quiet arrests are more likely to be safe to the FBI and the person arrested," she tweeted.