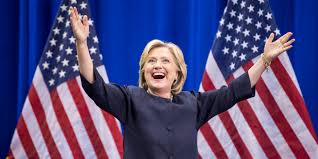 Clinton is reportedly telling friends and associates that she "hasn't closed the doors on a third presidential bid" after losing the 2008 Democratic primary to Barack Obama and then the 2016 presidential election to President Trump in one of the most spectacular upsets in the history of US politics.

Hillary Clinton may not be ready to give up on her Oval Office dreams, CNN's Jeff Zeleny reports.

Of course, this doesn't mean that there's a "campaign-in-waiting" for Clinton, but it appears some low-level work is already being done to refurbish the Clinton machine.