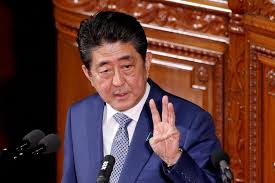 ., if wages and broader inflation are rising. Alas, the recent news that Japan's labor ministry published erroneous statistics for years, has raised doubt about not only the accuracy of economic analysis released by the Bank of Japan, but prompted investors to doubt absolutely every economic report published by Tokyo.

For those who are unfamiliar with the latest economic fake news scandal, on Wednesday Japan's labor ministry revised its monthly labor survey for the period between 2012 and 2018 admitting it had overstated nominal year-on-year wage increases by as much as 0.7 percentage point between January and November of last year, to take just one example.

Unfortunately, there are many other examples, and according to an Internal Affairs Ministry report released late Thursday, nearly half of Japan's key economic government statistics need to be reviewed with 22 discrete statistics, or roughly 40% of the 56 key government economic releases, turning out to be "fake news" and in need to be corrected.