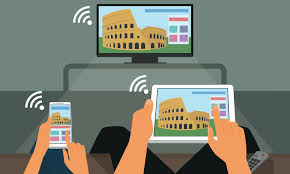 The problem began mysteriously. I switched on my Samsung Smart TV to watch the Warriors game, and after about 20 seconds, the CBS News app switched itself on for a few seconds in a small rectangle in the upper left corner. Then my TV crashed, which is a thing TVs can do now, and the screen went dark.

This was particularly confusing because I'd never watched the CBS News app. I'd never installed the app, nor did I even know it was on my TV.

I tried the obvious things. I turned off the TV and turned it back on. Same problem. Unplugged, replugged. Happened again. Reset the cable box just to try it. Again. Made the sign of the cross. Checked for software updates for the television. Threw my phone. Screamed into the abyss. But. It. Just. Kept. Happening.

Finally, I turned to the consumer micro-solidarity available in the support forums. Based on the outraged responses of other Samsung TV owners, the issue began sometime in September. No one knows how to fix it. And because of a deal that Samsung struck with app makers, you can't delete the app from your own TV.