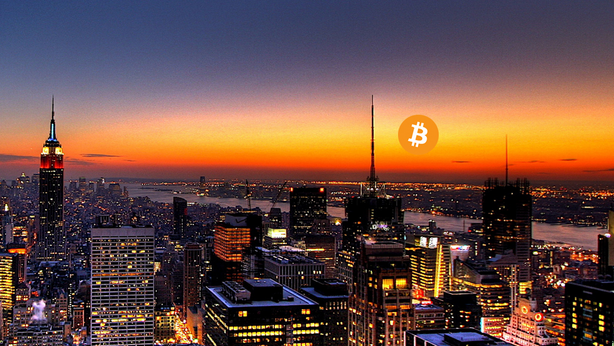 This service to the citizens of the city will be provided by Libertyx, a bitlicensee that was granted a license on the same day as Robinhood Crypto.

Libertyx has been instrumental in facilitating the easy purchase of cryptocurrencies through ATMs across the United States. It opened its first ATMs in February 2014 in Boston, before it expanded to open Bitcoin ATMs at Harvard and MIT later.

It was only last year that Libertyx, in partnership with Genmega, an ATM manufacturer, launched the nation's first debit bitcoin ATM, wherein the purchase of Bitcoins was seamlessly integrated into a regular withdrawal process.  There are currently over 100,00 ATMs offering such a facility throughout the country and is now, available to use for New Yorkers.

The New York State Department of Financial Services has with this move, taken a major step towards becoming a leader in the field of banking and fin-tech innovation. In a statement they said:

"To date, DFS has approved sixteen charters or licenses for companies in the virtual currency marketplace. In New York, Libertyx, which will provide consumers the sale of bitcoin through debit terminals, is the first [NY]DFS virtual currency licensee to allow customers to use debit cards to purchase bitcoin from traditional ATMs."

Using such an ATM using a debit card requires the user to simply download the Libertyx mobile application and register an account. An approved account holder can then purchase Bitcoins up to the value of $3,000 every day.

The new wave of approvals being granted to bitlicensees by regulators is a welcome step towards the wider adoption of cryptocurrencies in our day-to-day business as many enthusiasts have showed their support over twitter.